Finder's Tool for Select Materials on this Page

Jason Rosenblum has provided this helpful guide to many of the primary sources produced by the original SftP and available below. Please explore it! 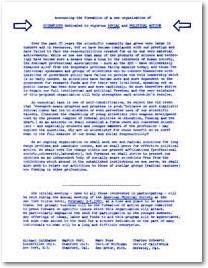 This first founding document was donated by Charlie Schwartz from his extensive archives. More details to be posted. 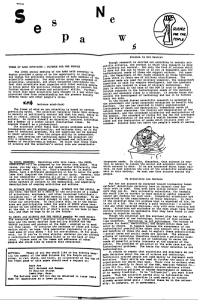 This 1969 issue of SESPA News is functionally the first nedwsletter of Science for the People, which until 1970 had been operating under the aegis of the existing group Scientists and Engineers for Social and Political Action (SESPA). The newsletter describes SESPA and SftP’s protest activity at the 136th annual meeting of the AAAS, held in Boston. 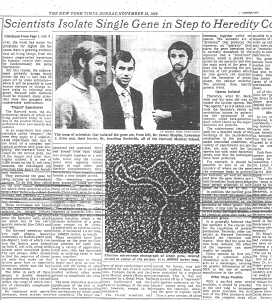 First press conference on the potential hazards and misuses of genetic engineering , 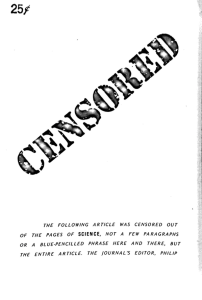 In February 1971, Science for the People submitted a paper to Science addressing the political and economic impact of scientific work in North America and outlining a program for integrating science and social change. The article was rejected and returned, the group described, with “editorial comments that questioned our integrity, our intelligence, even our sanity[.]” Science for the People made drastic revisions to the draft and resubmitted in one final attempt to reach Science, but were rebuffed again. In “CENSORED,” the group prints the final version of this paper alongside reviewers’ comments, which were retrieved by a friendly inside source at the magazine. 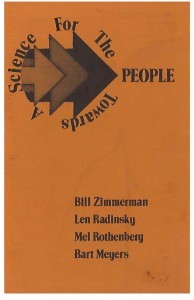 Towards a Science for the People

A second publication of the above document titled “Censored.” With an epilogue regarding the article’s distribution at AAAS and its censorship by Science magazine in 1971. 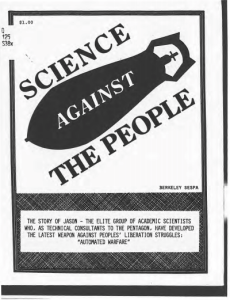 Science Against the People

Published by the Berkeley SESPA Chapter, Dec 1972. This is “the story of JASON—the elite group of academic scientists who, as technical consultants to the Pentagon, have developed the latest weapon against peoples’ liberation struggles: ‘automated warfare.’ ” 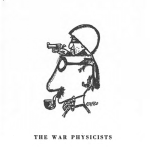 Documents about the European protest against physicists working for the American military through the JASON Division of the Institute for Defense Analysis (IDA) in 1972. Edited by Bruno Vitale, of the Istituto di Piscia Teorica. 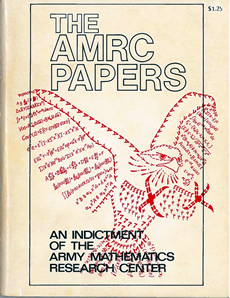 “An indictment of the Army Mathematics Research Center” by the SftP Madison Wisconsin Collective. 1973. Describes how the AMRC operates and assists the army, and its relationship with the University of Wisconsin. Proposes an alternative organization called “A People’s Math Research Center.” 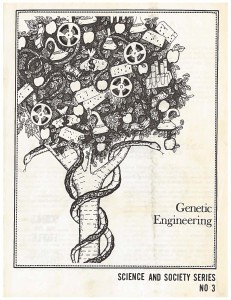 Published by the The Science Teaching Group of SftP in Boston, Nov 1973. This issue (No. 3) of the “Science and Society Series” covers the future of genetic technologies and eugenics. 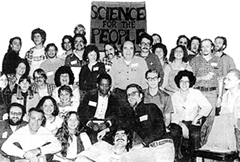 “After ten years, Science for the People came together for our first international conference. Fifty individuals and chapter representatives from California, Texas, Illinois, Missouri, New York, New Jersey, Michigan, Washington D. C., Massachusetts, Florida, and Montreal, Canada met in Ann Arbor, Michigan on the weekend of March 23-25 [1979]. Preparations for the conference had been made at the Eastern, Mid- Western and Western regional conferences. (See the Jan/Feb. 1979 issue of SftP) People came to the conference prepared to begin building Science for the People as a national organization. The regional conferences had discussed proposals for national decision-making bodies, democratic policy-making by the membership, decentralization of editorial control of SftP magazine, and common political principles for SftP.” 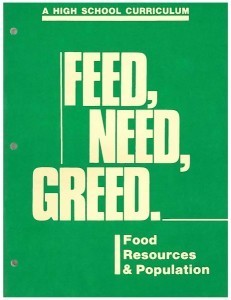 This is an alternative nutrition curriculum for high school students written by the Food and Nutrition Group of the Boston chapter of Science for the People in 1980. They write that the curriculum’s goal is to “raise the awareness of students and teachers regarding the nature of the food system and its relationship to nutrition, population and resources.” 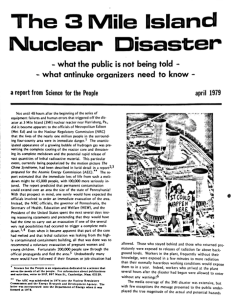 Three Mile Island Nuclear Disaster: A Report from Science for the People

This SftP pamphlet, published in April 1979, investigates the Three Mile Island nuclear disaster and presents strategies to push forward the anti-nuclear movement in the wake of this tragedy and develop sustainable alternative fuel sources. 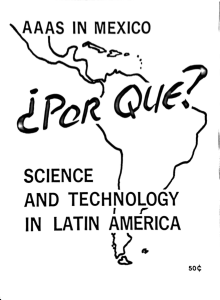 In June 1973, the American Association for the Advancement of Science (AAAS) held an “Inter-American” meeting in Mexico City. In “Por Que?,” a critique written in the lead-up to the conference, Science for the People argues that the coming AAAS Mexico meeting will inevitably servce the interests of U.S. investment in Latin America. The group writes that the expansion of U.S. science and technology into Latin America is “incompatible with the needs of the Latin American people.” “The AAAS Mexico meeting,” they continue, “will be yet another instrument of capitalist expansion and cultural imperialism in Latin America.” 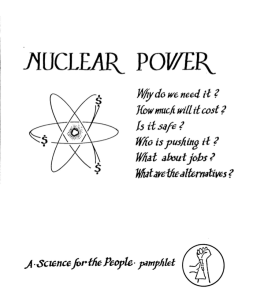 Nuclear Power: A Science for the People pamphlet

Science for the People describes this March 1976 pamphlet as their attempt to “put together a provocative discussion of the major issues raised [in the fight against nuclear power], avoiding technical jargon and pointing out the important political and economic ideas that lie behind this debate.”

This internal publication, circulated to members upon request, was intended to “promote dialogue within the organization concerning our politics and our work,” and specifically on matters of “internal struggle” unsuited to the pages of Science for the People magazine. The documents are of particular interest in studying the early organization’s efforts to define principles of unity, to reconcile its commitment to the working classes with its dominantly middle- and elite-class membership, and to address power imbalances within SftP.

A rich trove of materials documenting the early debate surrounding principles of unity; efforts to address sexism in SftP; regional and national SftP conferences; and editorial policies for the Science for the People magazine; and other issues. The “Draft Principles of Unity” often referenced in these and other materials (see also “Internal Discussion Bulletin” above) can be found beginning on p. 15 of this file.

At the second national SftP conference in December, 1979, members voted to create a national newsletter to improve communication within the organization. The newsletter is quite different in tone from the earlier Internal Discussion Bulletin (see above); rather than providing a forum to discuss areas of struggle and disagreement, it functioned primarily to share updates on chapter activities and announcements related to new and ongoing projects. 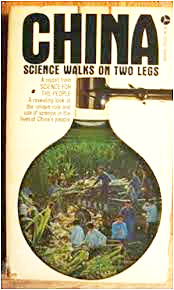 In 1973, a delegation of ten members of Science for the People spent four weeks in the People’s Republic of China as guests of the Chinese Scientific and Technical Association. The book they published upon their return represents the most systematic effort in the English language to convey the vision of socialist science as it was projected by the Mao-era state. Members of the revitalized Science for the People organization have produced this digitized version to make it available to a wider audience and to facilitate full-text searching. (The original book can be found in some libraries, and copies are typically available on the used book market.) For an analysis of the significance of this book in historical context, please see Sigrid Schmalzer, "On the Appropriate Use of Rose-Colored Glasses: Reflections on Science in Socialist China," Isis 98.3 (2007): 571-583 (preprint available here) and "Speaking about China, Learning from China: Amateur China Experts in 1970s America," Journal of American-East Asian Relations 16.4 (2009): 313-52 (preprint available here).